For many millions of people around the globe, playing online casino games has become part of daily life. No matter what you’re up to or where you are, if you can get an internet connection you can usually get access to an online casino. 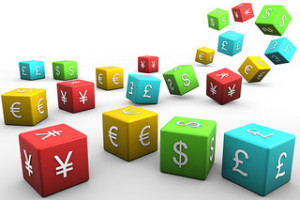 by  M4D GROUP  Caption: Gambling is an international pastime

Many countries such as the UK have a relaxed attitude towards gambling. In the UK it’s not only legal to play online but there are also plenty of different land-based casino venues. Players in the UK have access to many of the biggest online casinos, such as 32red casino, Grosvenor casino and Paddy Power casino whenever they want it. In other countries, the most common minimum age for gambling is 18 years. Yet some countries, such as Germany and Greece, require gamblers to be older. And to complicate matters, some regions in certain countries have different age limits. For example, in Germany, most states require a gambler to be at least 18 years old, while other states put the legal gambling age at 21. Some individual casinos may set a higher age limit than the national legal age.

So, if you’re planning to play casino while abroad, go online and check out the details for gambling minimum age before you leave home. That way, you’ll save yourself a wasted trip to a casino if you’re too young to gamble there.

For many players, the casino gaming they do is casual, perhaps going online when they have five minutes to spare to play slots. If you play 32Red slots there’s an almost dizzying variety of games to choose from, and that’s just one of many sites. Slots are always fun to play as they don’t require any particular player strategy. The outcome is also always down to chance, which is simulated online through random number generator systems. No matter what you’re interested in, you’ll find a slot that’s themed to match from sport to outer space, movies and TV quiz shows through to comic book characters.

If you’re thinking of gambling when abroad, the recent survey by H2 Gambling Capital which investigated how different nations rank in terms of gambling losses may be of interest to you. The survey looked at average gaming losses divided by the adult population in 200 countries in one year (2010). Read about the losses encountered in the countries below and you may decide to stave off a nation’s bad luck and save your gambling fun until you’re back home.

Of course, wherever you are in the world, there’s one universal rule to stick to when gambling. You should only ever bet with money that you can manage to live without. A win is never guaranteed, so it’s best to stay on the safe side and bet conservatively.

The Bay of Naples

As a traveler, have you ever wondered how to document the most amazing ...

Like everything else, sports ticket prices have gone up substantially over the years. ...

It comes as little surprise to know that I am  always looking for ...