The south of Italy is absolutely gorgeous and should definitely be visited if the opportunity ever arises. Staying in and around the Bay of Naples area is both relaxing and rewarding. You can team visiting historical locations with relaxing dips in the clear, blue Mediterranean Sea. Below are just some of the places you should go whilst in the south of Italy. 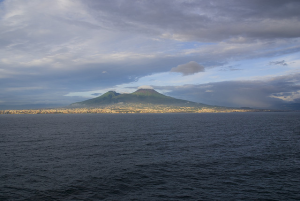 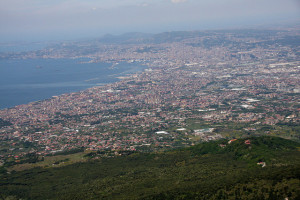 bypetervisser4u
It is one of the most iconic volcanoes in the world, as well as one of the most dangerous. Vesuvius has erupted many times over the years, with the most famous being in AD 79 when it burnt Pompeii to the ground. It has also erupted as recently as 1944. With more than three million people in the surrounding area, an eruption would bring huge, if not total, devastation. However, for all its potential danger, for the most part it is placid and makes for a hugely enjoyable day out. You can drive your vehicle three-quarters of the way up the volcano before having to walk the remaining 200 metre (vertical) path. The views from the top are absolutely staggering and well worth the hellacious drive up the narrow roads. 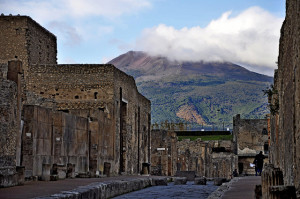 by Carlo Mirante
You cannot really talk about one and not the other. As mentioned, Vesuvius wreaked carnage in Pompeii, destroying everything and everyone that was in its way. The township has been preserved and really is a place like no other. It is rather eerie to step back in time whilst the fact that Vesuvius is always in sight gives you a slight lump in your throat. 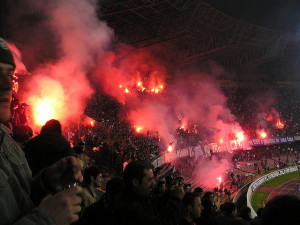 Football plays a huge role in Italian culture and for the people of Naples it is their team
Napoli who they worship. Gli Azzurri play their games at the Stadio San Paolo where they make a great noise – 60,000 fans cheering on their team really is deafening. Napoli are one of the Serie A betting favourites so naturally, more often than not, put on high-calibre performances. Catching an evening game makes for a crazy experience. 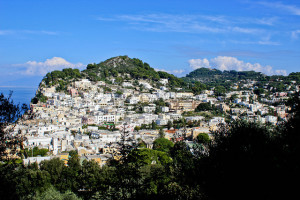 The isle of Capri is an idyllic gem that is only accessible via boat. Treacherous Roman Emperor Tiberius was the island’s most famed resident, and his mark is still evident on the island in the modern day. The sex-mad Emperor really was crazy, not Caligula crazy but still pretty crazy. Visiting the island’s famed grottos on a boat is a pleasurable experience and so is swimming in the clear blue water. 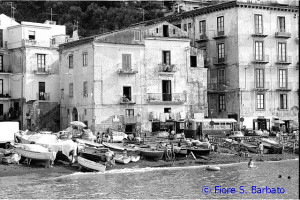 For a lot of Brits, Sorrento is their favoured destination. The town, which is located on the Bay of Naples, is very much an upmarket holiday resort. Imagine Magaluf for the middle class! Staying in a hotel here is the perfect place to unwind whilst the food, especially the fresh fish, is divine. With a plethora of high-end hotels and even more fabulous restaurants and bars, the town really will keep you occupied whilst the transport links make it easy to go and visit all of the other fantastic places in close proximity.

The Unluckiest Countries to gamble in around the World

One Day in the City of Angels