As Event Traveller followers will already know, I am an avid boxing fan and therefore when the biggest fight of the past 20 years was announced, I immediately booked my flights to Las Vegas. I had to be there to see one of the biggest boxing fights in history.  Las Vegas can be an extremely expensive place to be so I have decided to write an article on some of the costs during a fight weekend.

Due to the extreme demand and sheer number of fans in the city, most of the Las Vegas hotels were completely reserved. We did however find cheap rooms in the Hooters hotel, which is directly across the Blvd from the MGM Grand, the fight venue.

Another reasonable hotel was the LINQ which although is further north on the Strip the prices were lower than most and the rooms better than most. 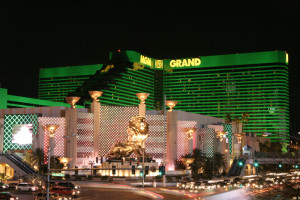 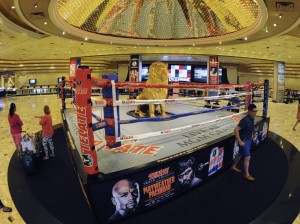 Tickets to watch the fight started off at $1500 up to a whopping $10,000 per ticket. With a very limited budget we decided against this an opted for the Closed Circuit Telecast screening, basically a screening of the fight. We paid $165 to watch it in the Excalibur Ballroom which we fully enjoyed even though the alcohol was slightly more expensive than elsewhere, $11 per bottle of Budweiser.

In every Las Vegas hotel there will be a restaurant offering a wide range of food. Whilst in Las Vegas this weekend we decided to try the buffet options at both the MGM Grand and the Mandalay Bay hotels. Both were around the $35 per person for as much food and soft beverages as you could enjoy. In my opinion the food and service at the Mandalay Bay was of a higher standard than MGM but this could be put down to the number of visitors at the MGM. 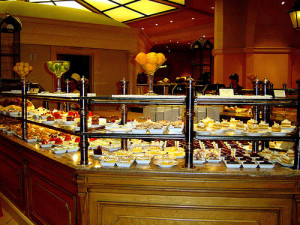 Another great option on the strip of Las Vegas is Chipolte, this Mexican food outlet is great for having cheap but delicious food whilst in an expensive area. For those of you that know the chain understand how good the food is and how reasonable the prices are. In my opinion Chipolte is the best food outlet in the US, a big statement but I have yet to find anything better.

Any Merchandise related to fight was definitely overpriced with a programme costing $35 and a fight t-shirt costing $35. I also noticed that there were leather jackets with the fight logo on the back, these cost no less than $500. 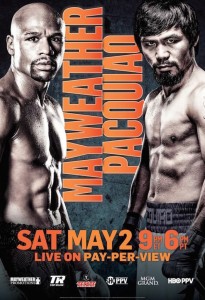 Las Vegas is the mecca for any boxing fan, the biggest fights in the world take place here and will continue to do so for many years to come. The location is great and the nightlife unlike any city on the planet. With this the prices are always more than a usual break but if you enjoy boxing or major events then this is a place that you have to visit.

The fight never really lived up to the hype but I am glad that I went to experience the build up.