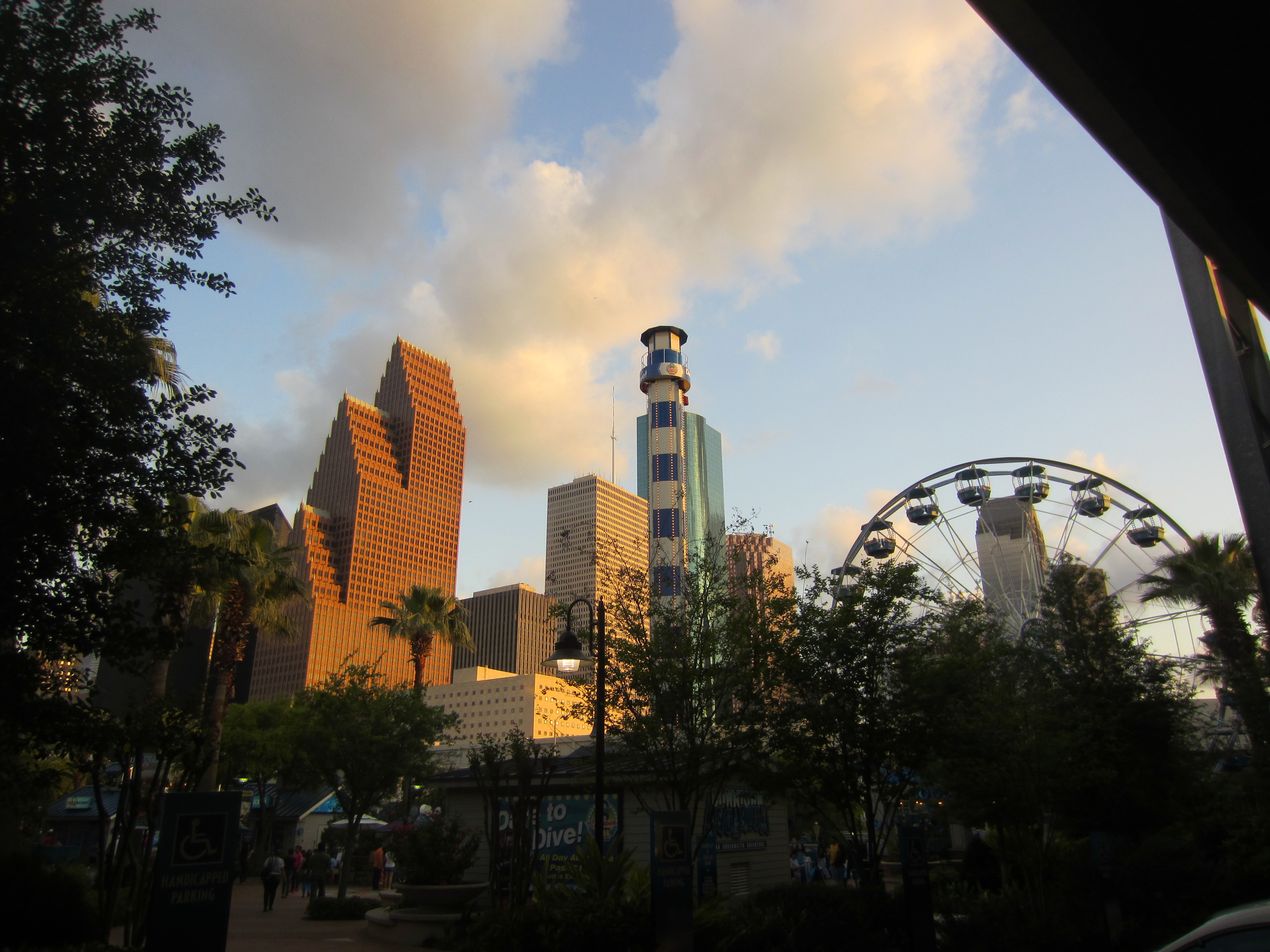 The next place on our travels was to the ‘lone star’ state of Texas in the USA in which our main destination was  the city of Houston or by it’s nickname used by others ‘Space City’.

With the help of our friends at The Official Visitors Guide for Houston we were not only able to find the most up to date information on this large city but also get access to a pair of City Passes which enabled us to visit the best attractions that Houston has to offer.

The CityPass Houston gives the user admission to the following 5 Attractions.

5. The Children’s Museum or Museum of Fine Arts

No trip to Space City is complete without visiting the famous Space Center located 20miles from Houston. We travelled on a Sunday so that we would not be caught in the traffic as we wanted to be first there when it opened at 10am.

This place is probably the highlight of our trip to Houston as the fact that operations and training are still completed there make this place truly worth the visit.

The Downtown Aquarium is exactly what it is, an aquarium located in the heart of downtown Houston. I have been to many aquariums around the world and therefore I wasn’t really expecting much but I was surprised by how good this attraction is.

The most impressive section of the Aquarium is the train which takes you to a section which goes through an acrylic tunnel under a 200,000-gallon shark tank. This is an extra $4 dollars on top of the CityPass but is definitely worth the fee. I would recommend visiting the Aquarium during the night when it is at it’s most impressive.

As we had the choice of either the zoo or theme park to choose from we decided on the latter. Kemah Boardwalk is located around 25miles outside of Houston but is well worth the visit especially for families with a wide range of amusement rides to go on and things to see. Whilst it is by no means a Walt Disney or Alton Towers there is enough rides to keep you busy most of the day.

A trip to Houston would not be the same without going to see a major sporting event. During the time that we went the Houston Rockets were playing an NBA game against the Sacramento Kings. I am use to watching football in the UK with little entertainment apart from the main spectacle but an NBA game is definitely worth the visit simply for the entertainment value at countless points throughout the evening. At $25 dollars a ticket this was another highlight of our trip to Houston.

Overall after spending several days in Houston we can definitely say that this was one of the best short trips that we have been on. We recommend this city and the tourist pass to anyone spending time in Texas.