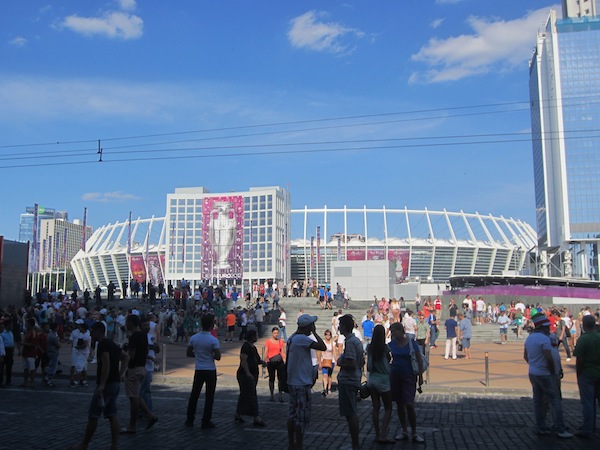 The European Championships final took place in July 2012 between Spain and Italy in the Ukrainian capital city of Kiev.

Before the final took place we wandered the cobbled streets appreciating the architecture and friendliness of the local people. We were warned before hand to be careful as it is a dangerous place for tourists but these warnings I have found simply put people off and cause unnecessary fear.

If I or my friends listened to these fears I would never leave Manchester and travel to all the places I have been. So my advice is that around the world 99.9% of people are fantastic, loving people that are friendly to open-minded tourists so whilst there are places where it is not advisable to do certain things I wouldn’t take no notice.

So whilst not many people speak English in Ukraine you can get through most situations that are needed. For example we stayed in a Ukrainian woman’s house and even though she could not speak one word of English we still had a fantastic time.

So back to the football, the game was a night game so we enjoyed the local atmosphere in the bars with both Spanish and Italian fans mixing well.

The Stadium is fantastic and is so central it is hard to understand how they built it so close to major buildings.

The game was fantastic and whilst Spain dominated the atmosphere generated from the Ukrainian locals was amazing.

And the winner is

Quick tips to both save and make money