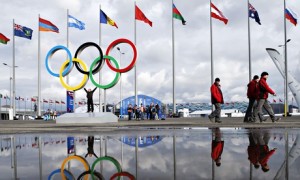 The trip to the winter olympics in Sochi, Russia was a last minute trip but one I could not turn down. This was my first Winter Olympics but I am so glad that I went and enjoyed the experience.

The travel involved in getting to the city was not the best but I will explain anyway. We have to travel from Manchester to London and then to Moscow. From their we had to stay an evening in Moscow and travel to another airport in the city, 2 hours away on Public transport. From there we made our final flight to Sochi 36 hours after leaving Manchester, England.

Whilst the winter games was called Sochi, the real name should have been called Adler because this is where the Olympic park and all the stadiums was located. Adler to Sochi is around 1 hour in distance on the train and therefore there was quite a difference.

On the first night we decided to stay in Sochi and then move from there closer to the actual venues. We saved around 1.5 hours per day staying in Adler as opposed to Sochi. Over the course of 2 weeks this was more than 21 hours saved in travel.

The stereotypes of Russian people are that they are emotionless, cold and never smile, I won’t say anything bad but stereotypes are often true. They are wonderful people and very kind but they are a very reserved population and never openly show signs of happiness.  Having travelled South America and Africa as Well as Asia I think I am in a good position to state that Russians are quite cold even though they are friendly people.

I have eaten in all different types of places around the world and can truly say that Russian daily food is not the best by a long way. The food was often cold and every restaurant seemed to warm the food up in a microwave before serving. Whilst I appreciate that one can pay in the expensive restaurants and get a fantastic menu but I am talking about the  general food and restaurants that we visited in Sochi. The local green grocer had 6 bananas and oranges lined up in a row which illustrated to me that fruit in this country was not easy to find.

Our hotel was reasonable inside and we were extremely happy for being there even though we were paying around $110 USD a night. Our hotel was the cheapest available online and therefore the bigger hotels nearby would have been charging at least double this, well I hope so.

The weather for this Winter Olympics was amazing, I was expecting to travel there and be all wrapped up in the cold freezing but to be honest this was not the case. On most days I had a fleece and in the day under the winter Sun I was very warm. On several occasions I removed my fleece just to be wearing a t-shirt. The mountains was a different story however in which the temperature was colder but saying that not too cold. 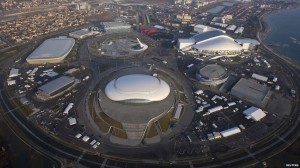 The trains between, Sochi, OlympicPark and the mountains was truly first class and even though they were quite slow the standard was very high. There were always trains running and not once did I see a delayed train. Russia has some catching up to do with regards the speed of trains (28 hours Moscow-Sochi) but apart from that first class. One thing I did notice outside the stations was people waiting around, men women of all ages asking for Taxi. This must be Russian culture but I only ever seen locals using them and never any tourists. 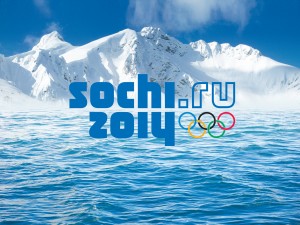